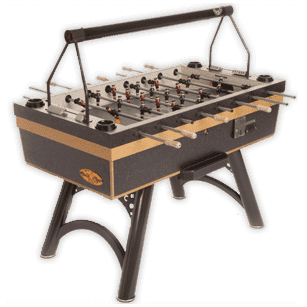 In the United States, the most commonly played pool game is eight-ball, which appeared at the beginning of the twentieth century. The goal of eight-ball, which is played with a full rack of fifteen balls and the cue ball, is to claim a suit (commonly stripes or solids in the US, and reds or yellows in the UK), pocket all of them, then legally pocket the 8 ball, while denying one’s opponent opportunities to do the same with their suit, and without sinking the 8 ball early by accident. In the United Kingdom the game is commonly played in pubs, and it is competitively played in leagues on both sides of the Atlantic. The most prestigious tournaments including the World Open are sponsored and sanctioned by the International Pool Tour.

From monday till friday